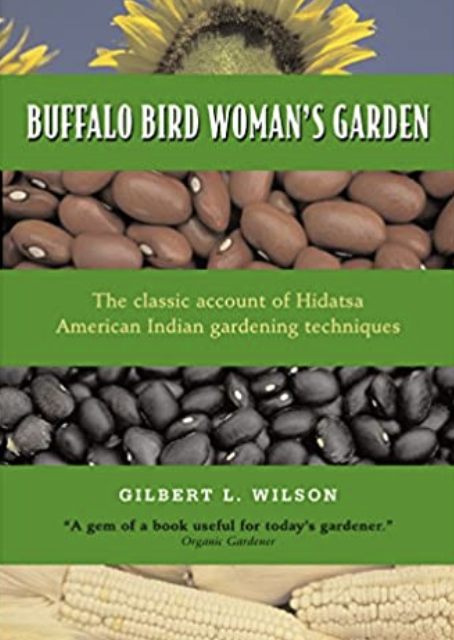 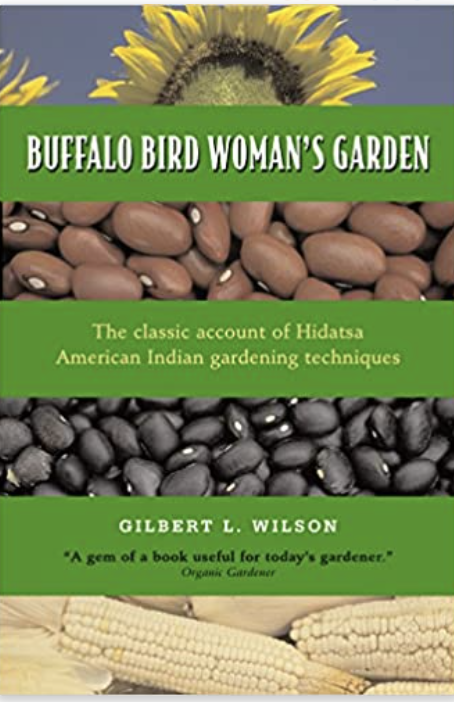 Recently, on one of the (too) many gardening groups I belong to on Facebook, there was a fuss being made about this book: Buffalo Bird Woman’s Garden by Gilbert L. Wilson. It was heralded as a gardener’s bible.

Minimum effort. Maximum yield. That’s my gardening mantra. Truth is, at the end of the season I daren’t gauge the value of my harvest in the cost of inputs, water, and man hours. By that calculation, the food I grow is probably the most expensive I eat. Were these gardeners on to something? One poster commented: where has this book been all my life? Was there ancient wisdom I had yet to receive? I bought my own copy.

It has some interesting tips and insights, sure, but it’s more of a soup-to-nuts overview of Hidatsa food culture than a spring-to-fall garden instruction.  You could, for a summer, follow her guidelines to a T and grow, cook, and store food as an immersive cultural and historical experience. That’d be cool. She’d be a strong guide.

Her voice shines through as someone who tells it like it is, is no-nonsense, and is quite stubborn (as most good gardeners are). She shares recipes, detailed descriptions of drying racks, and how they thresh and winnow seed. Although there was that time Snake-head-ornament fired a gun at the feet of a cousin clan woman because she was slow at her work building a fence. She got him back though. She wrote a song about it. 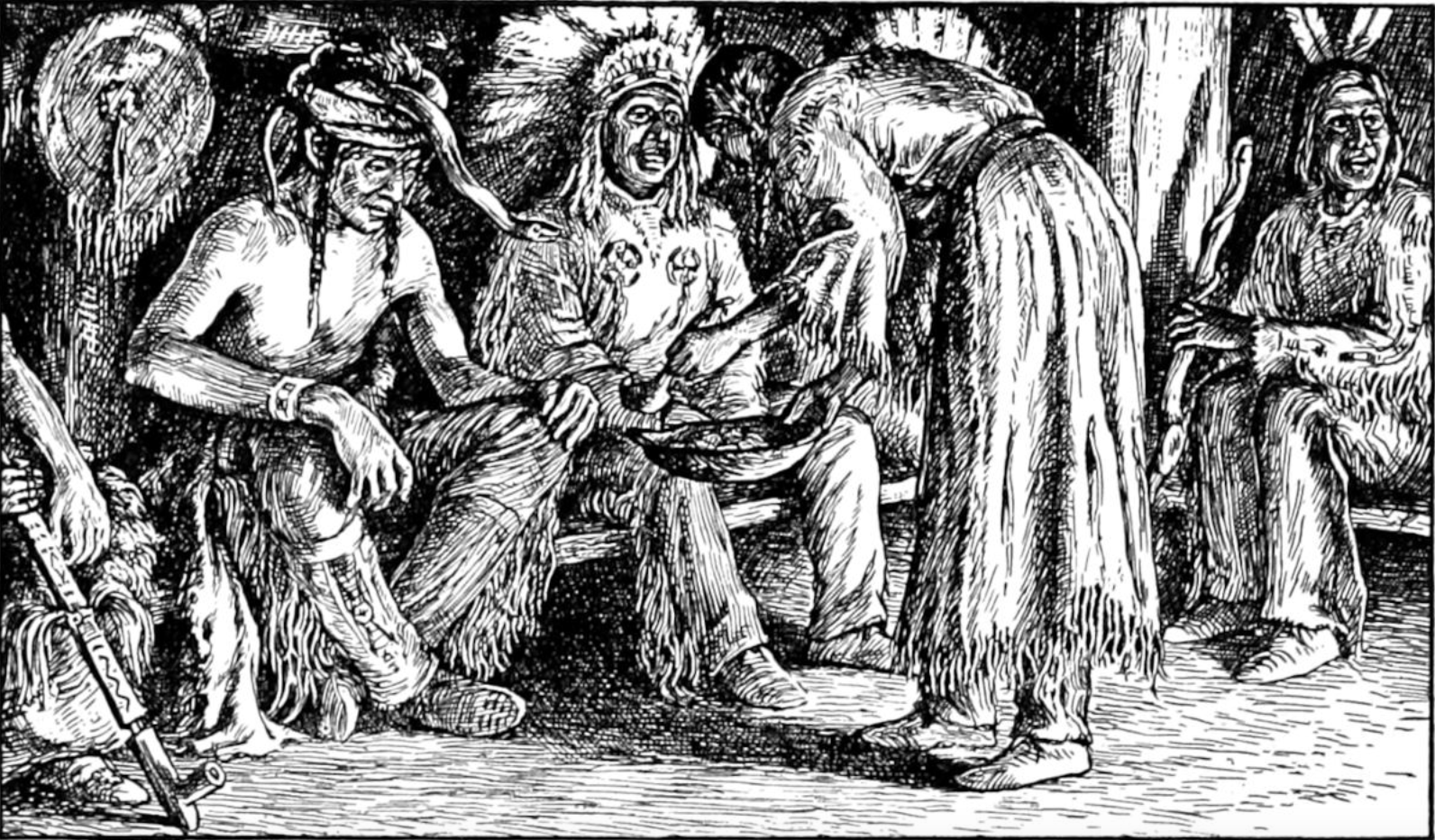 Buffalo Bird Woman spoke of a Husking Feast at the end of summer when the fields of corn ripened. The family provided a meal of dried meat, or fresh if they had it, and boiled ripened corn. There was no set arrival time but their guests, mostly young men, were expected in the morning hours. People dressed up, it was an occasion, and after they ate, they would get to work husking the corn that had been picked the day before and piled up in the middle of the field. A few old men would be in the company, they were welcomed and given a share of the feast without any expectation of labor.

Buffalo Bird Woman relates her feelings about the modernization of their traditions with the influence of the whites. She talks about trading in their clay pots for metal ones, and how digging sticks and bone hoes gave place to tools of iron. She talks of her grandmother, hiding her bone hoe and not letting children play with it lest they break it.

It’s easy to romanticize history, but nothing is ever all good, or all bad and there is always something to learn.

Oddly enough, the touchstone for me in reading this book is how we place value on things. Buffalo Bird Woman saved and stored seeds, and traded them for skins. We assign worth based on a dollar amount. From the tools we use, to the houses we live in, to the clothes we wear. Land. Water. Even people. What’s your net worth?

I wonder how Buffalo Bird Woman would have felt if she had seen the responses to Gilbert Wilson’s book. Would she have been delighted to be held in such high esteem? Would she think her experiences were fair value at $17.18? Or would she have waved off the fuss? Happy to preserve the ways of her people said, in her way, “This is how I have described it, by my own experience and seen with my own eyes.”

Perhaps this book is sort of a bible after all. Grow food. Save seeds. And give the old man who comes to sit in the shade a plate of food even though he can no longer husk corn. 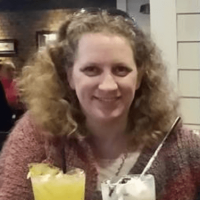 Pamela Denholm was born in Zimbabwe and lived in South Africa for many years before moving to Massachusetts. One of her favorite South African words is Ubuntu. Translated, it’s “to act with kindness and humanity in ways that benefit a community.” It means “I am because we are.” 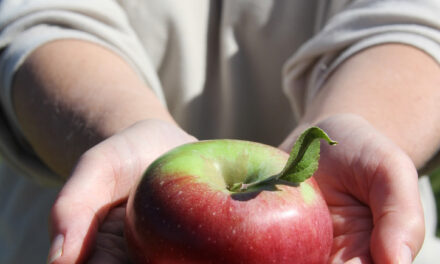 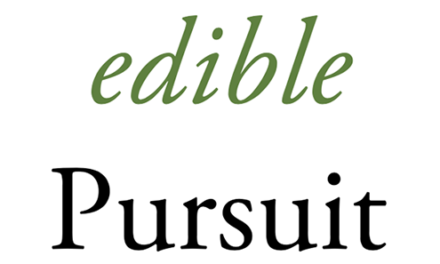 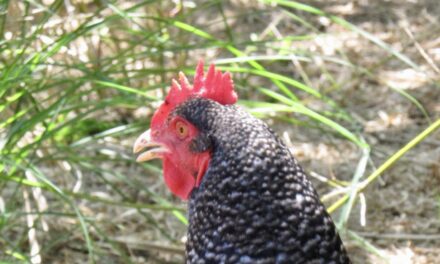