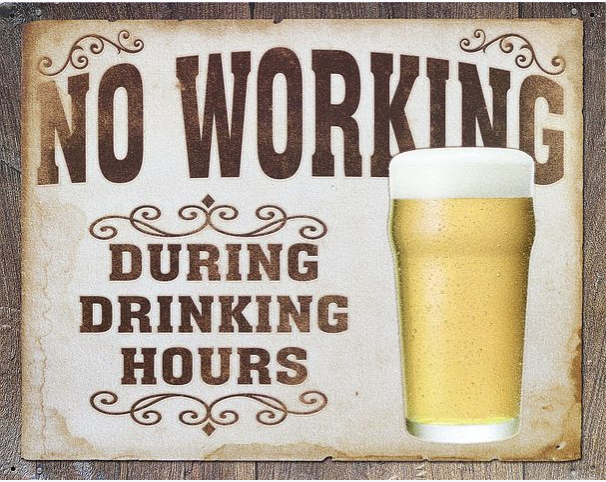 Words and Photos By Matt Foster.

The brewing industry, like all other industries, follows many trends throughout the year. One trend that is decidedly NOT seasonal, and has encapsulated many of the local businesses in the South Shore and South Coast area (including a number of old friends from the Hops, Vine, and Barrel blog days) is expansion. 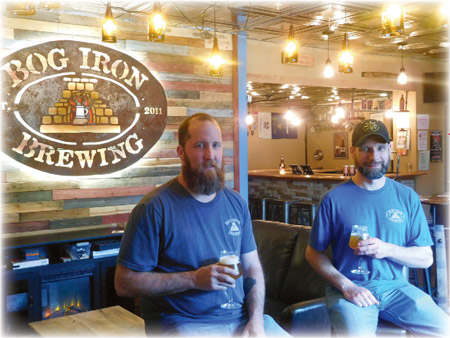 Bog Iron Brewing, in Norton, has faced expansion before. Starting out in “almost a closet”, the brewery has made numerous jumps in size and scope over the years, struggling now to find a new home for the popular business. “Over the last few years, we have gone from 399 square feet up to about 8,500 square feet in our original building,” Brian Shurtleff, one of the brewery’s three founders, says.

“For the last 18 months, we have been researching every square inch of Norton trying to find a piece of property that would make sense for us to purchase and build a new facility on.” Brian explains the brewery relishes being a part of the community and doesn’t think of it as ‘just marketing spin’. “We have a large number of loyal regulars we now consider friends,” he continues.

Breweries go through a rapid expansion phase early on, when the company is new and the customer base is excited. They add fermenters and staff and increase production, but don’t necessarily change the way the business operates. Four South Shore breweries have lived through that type of expansion and are now experiencing another type: the kind that changes the fundamental way they produce or sell their beer.

The Bog Iron expansions allowed the trio to open a taproom, as well as produce more beer. The benefits didn’t last long, however. “Even today, we find ourselves struggling to make enough beer to keep our tap list where we want it,” Brian remarks, including the ever-growing off-premise sales the brewery has accumulated. “Every time we expand, the benefits last about two weeks, and then we have to expand again!” Which is good news for a brewery that has the support of both the residents and the town. “We have built a great relationship with members of our Town Hall, and they have been incredibly supportive, trying to do everything they can to keep us in town. Neither of those are things we are interested in walking away from,” concludes Brian. 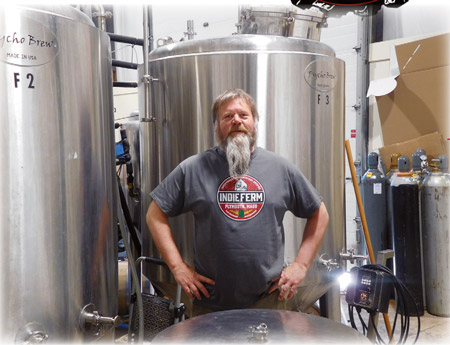 Plymouth’s Independent Fermentations (IndieFerm) Brewing started home brewing in the basement of a barn on Paul and Rose Nixon’s property in 2007 and had expanded to their current location on Camelot Drive in 2016. Three short years later, IndieFerm is in need of space.

“Like a hermit crab,” IndieFerm owner Paul Nixon says, “we have outgrown our little space and are actively looking for a bigger location.” Similar to Bog Iron, IndieFerm is looking for space in their hometown, focusing on visibility, as well as size.

“The industrial park made sense at the time and it has been a good stepping stone for us,” Paul explains. “We have found that being tucked away at the back of the industrial park isn’t the ideal place for a taproom.”

On top of the approximately 320 barrels of beer IndieFerm produced on their 2.5-barrel system in 2018, is their popular kombucha line. They hope to find space to allow for a new, less labor-intensive brewing system, potentially increasing beer production to 1,500 barrels, with a comparable increase in their kombucha line.

“We are going to have a room, just for kombucha, that is bigger than our entire current brewing space,” Paul hopes.

With the expansion in production, comes more product to sell, an aspect of the business that can be lost amidst the excitement that comes with the development stage. Paul plans to add retail and restaurants to the breweries distribution map while maintaining a focus on keeping the immediate area flush with fresh Indieferm beer. “There are a lot of restaurants and stores in Plymouth and the surrounding towns that we haven’t even tried to sell beer to yet because we are maxed out (in production) already.”

The need for more space was anticipated. Paul notes, “The taproom especially is way too small (25 seats), and we knew it when we moved in.” The speed at which IndieFerm would out-produce the space, however, was a surprise. “I thought it would take longer than two or three years,” he continues. “This expansion was always likely to happen at some point, it is just happening sooner than I thought it would.”

With more space also comes new opportunities, and Paul is excited for live music in the expanded taproom, as well as bringing food into the fold. “With just 25 seats, there isn’t enough potential business for many mobile food vendors,” he explains, continuing that the proposed expansion allows for “more than 100 seats indoors”, as well as space set aside from special events, like the charitable functions that are now outdoors only, and subject to the weather, and classes. IndieFerm hopes to be in a new downtown Plymouth location by the end of summer, 2019, location still to be determined. 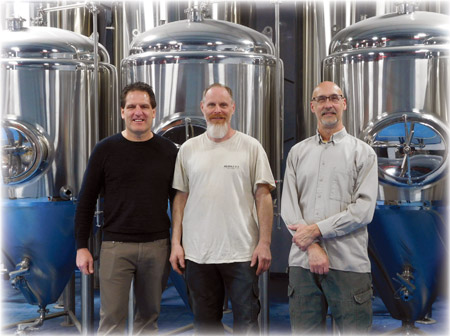 Berkley Beer Company, feeling the same pressure as Bog Iron and IndieFerm to find some space, has been building out in their new location since the fall of 2018, with an anticipated May 2019 opening. “It was a part of the plan from the beginning,” Glenn Barbosa, the brewery’s founder, says. “It took a little longer than anticipated,” he laughs.

Berkley Beer was founded in Glenn’s basement (for those of you who haven’t been with us since the Hops, Vine, and Barrel Days—also see eSS&SC Fall 2016 issue). He has spent the last few years brewing, fermenting, and packaging in the food-grade lab he constructed in his basement. The original bottling machine was cobbled together from parts and served well until the brewery made the jump to cans.

“We built our own canning line!” Glenn exclaims, noting the fact that canning is famous for extensive start-up costs, which has been a gatekeeper of sorts for many small breweries. “We’ll do can sales at the new brewery,” as opposed to growlers, to accompany the taproom and food service he plans to offer. The menu, Glenn states, will be “brick oven pizza, pretzels, stuff like that.”

Glenn is excited about some of the changes he’ll be able to pursue in the new facility. “We’d like to get a kettle sour program going,” he relates. “It’ll be nice to get the barrel aging program up again, too.” 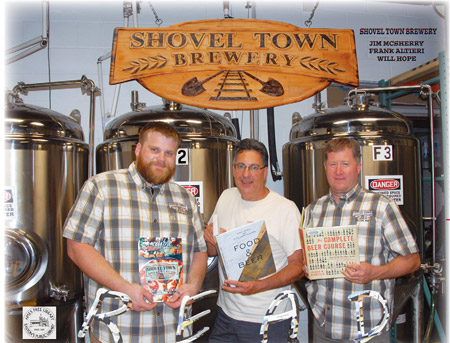 Like Bog Iron, Shovel Town Brewery in Easton has run through a number of small expansions in the time since eSS&SC featured them in the Fall 2017 issue. “We have gone through four expansions of the brewhouse and doubled the size of the taproom,” Frank Altieri, one of the founders, discloses.

Shovel Town started with a small taproom and a few off-premise accounts, but already had plans for more. “We started canning in May or June of 2017, but really didn’t ramp up until this past July when we were approached by Coastal Craft Distributors. Coastal offered us the opportunity to distribute to the Cape and Islands, throughout Southeastern Massachusetts, and toward the Boston market,” Frank explains. “We still service all of our local accounts ourselves.”

Frank shares that the brewery had nearly doubled the size of the brewhouse before the partnership with Coastal came into play. Since then they have added fermentation space to further increase capacity.

Despite having plans already in the works to expand, Frank clarifies the brewery didn’t exactly follow a “growth plan”. While there wasn’t a “straw that breaks the camel’s back” moment for them, the “consistently increasing demand” helped them recognize the need for expansion. “It was more reactionary,” Frank says.

A growing distribution footprint meant there was more opportunity to experience Shovel Town’s beer outside of the taproom, potentially hurting on-premise sales. That is not what Frank has discovered in Shovel Town’s case. “We are not seeing any negative impact to taproom sales and customer visits as a result of our distribution. In fact, we believe that distribution allows us to reach more customers and entices more people to come visit us.” Frank cited food, entertainment, and taproom-only beer offerings as further draws to visit the brewery, contributing to increasing taproom visits.

With these great plans at four of our favorite South Shore breweries, there’s ample space for beer lovers to sidle up to the bar at a taproom or two. Summer 2019 should be a great time to visit one of these prospering spots!

Matt Foster finds comfort in warm taprooms in the winter, where he contemplates life over well-made beers.