SPIRITS OF THE SEASON 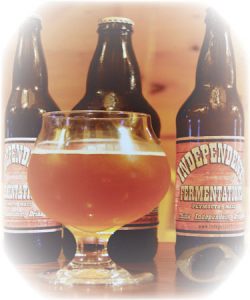 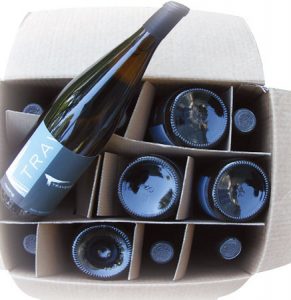 Talk with Paul Nixon, craft brewer behind Independent Fermentations, and you might think you’re talking to a scientist. With the art of beer making being precision mixed with experimentation, Paul’s day job as an environmental engineer likely comes in handy. But at 50, he’s leaving that day job to make a go at being a full-time brew master. “Doing it as a hobby, I can’t keep up with the demand,” Paul explains. “Without any formal marketing, we’ve already got about two dozen customers in our first year.” Current accounts include Flynn’s Irish Pub, Cedarville Wine & Spirits, and New World Tavern.

The demand for IndieFerm’s seasonal brews, including bestseller Honey Tripel, has not only motivated Paul to change careers but also to move his operation. “The barn where we’ve been set up is only 550 square feet,” he said. “Our new place is nearly three times the size, so we’ll be able do a lot more.” A lot more brewing and—as it turns out—a lot more selling. The new location, at 127 Camelot Drive in Plymouth, will include a larger brewing facility, but also a tap room where beer enthusiasts can buy pre-bottled beer, or fill up their own growlers. “We’re outfitting the place to even include a tasting area, so people can come in for samplers,” added Paul.

It’s important he keep his operation local, Paul points out. “We get almost all our barley and wheat malt from Valley Malt in Hadley, and our hops come from 4-Star Farms in Northfield,” he said. “Our honey comes from Bee Well in Sagamore and Crowell Apiary in Taunton. Plus, water from the Plymouth aquifer just seems to work well for the beer.”

IndieFerm isn’t the only local drink maker to be on the move. Travessia Urban Winery in New Bedford announced earlier this year that it hoped to be moving from its current—and popular—location on Purchase Street in the coming months. They were in search for a new spot that would allow for a slight increase in production, but equally important, more parking for customers who enjoy the micro-winery’s tasting and sales room. “Unfortunately, the moving process is taking longer than we’d expected,” said owner and winemaker, Marco Montez in late August. “With the harvest just a month away, the plan now is to stay put for a while, maybe even up to a year, until we find the right spot.” Travessia’s wines—including its Chardonnay, Pinot Grigio, Vidal Blanc, and Pinot Noir—are made primarily from Massachusetts-grown grapes.

Tatum McIsaac lives in Kingston, she loves the beach and enjoying good food (and drinks!) with friends and family.