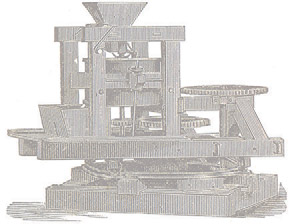 In this country, homesteading can be seen as a foundational phenomenon that has never really gone away. The actual U.S. Homestead Acts were in effect from 1862 to 1976, but aspirants from every continent were sinking roots into North American soil for centuries before; and each generation since has re-interpreted homesteading to suit themselves, official subsidy or no.

Today, the DIY vibe that underlies homesteading has caught fire, fanned by new ways of communicating and learning, like social networking and YouTube. Anyone can access info—how to pluck a chicken, nab a swarm, smelt iron—anywhere. Not just in out-of-the-way nooks of Alaska and Maine, but in every town in the country, people are demonstrating an acute desire to change their lives by doing stuff themselves. And, strikingly, in today’s partisan world, homesteaders inhabit the whole political spectrum. (Although special detachments occupy the right—preppers, with their roots in the ‘fifties and Y2K—and the left—hippie goat-farmers spawned during the Summer of Love. Amusingly, I saw them all nodding along together amiably as they learned about building wood-fired ovens at the Mother Earth News Fair last February in Texas.)

For many Americans, the concept of self-sufficiency is almost irresistible, but like most ideals, it rests on a fantasy. A very lucrative fantasy for bomb shelter and mushroom log salesmen, but one that projects a pretty grim go-it-alone Omega Man future—and a completely unattractive me-first present. If the desire to produce our own food is the goal, the funny thing is that if we wake up from our collective Swiss Family Robinson dream, we might see that it’s actually happening all around us, not in compounds, but as communities. People are pooling knowledge, sharing experiences, going in on equipment, swapping surplus—not just bread for eggs, but home-roasted coffee for homemade kimchi, and not just once in a while, but as a standing arrangement. This community project, multiplied on a national scale, is much more powerful and sustainable than the vision of myriad nuclear families, each in its own spider-hole.

In this issue, you’ll meet several participants in this food-community phenomenon. Julia Powers introduces us to locals who share their modest but meaningful approaches to producing some of their own food. Mike Goscia profiles Soule Homestead, the non-profit that has shown generations of schoolkids how local agriculture fits into their community. Katie Callahan reveals what’s in her pantry; her locally sourced groceries don’t just link her to food producers, they give her a solid go-to when it’s time to make supper. And my special treat for this issue was immersing myself in the kitchen of a culinary homesteader, a truly accomplished home cook who has been gradually, painstakingly, and joyfully recreating the cuisine of her native Jeonju, South Korea, right here, and generously sharing the extraordinary results.