By The Seashore: Riding the Wave in Brant Rock, Marshfield MA 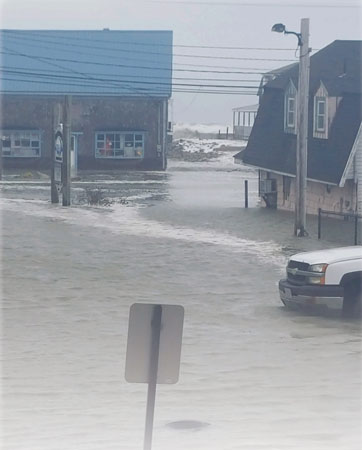 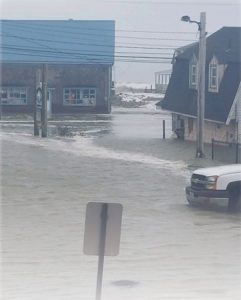 When Tracy and Richard Vaughan bought The Jetty in the historic area of Marshfield’s Brant rock in 2014, they knew what they were getting into.

“We are constantly watching the weather,” Tracy explains. In the summer, that means anticipating an eight-week busy stretch, with vacationers and summer residents enjoying the beach and the seaside restaurants that line the Marshfield shoreline.

In the winter, it means welcoming the locals and tracking one nor’easter after another. “From November through May, it’s all about the high tides and the duration of storms coming through,” shares Tracey.

Bracing for the Storm(s)

This past winter, with king tides (a non-scientific term for exceptionally high tides) and a stretch of four nor’easters in three weeks in March 2018, all the area restaurants could do was “wait it out, and hope that storm preparations were enough,” remembers Tracy.

“It’s the most water in Brant Rock I’ve ever seen,” says Chuck Haddad, co-owner of Haddad’s Ocean Café. “This past year was the best year we’ve ever had, business wise. But the weather is what stands out the most.”

Haddad’s has been a family-run restaurant since 1937. Up until 1978, the restaurant only flooded once, in 1954. But between 1978 and 2011, it flooded 23 times. So six years ago, when Chuck and his brother Mitch renovated the space and expanded from 100 to 400 seats, they also elevated the restaurant to be well above new government codes.

“That saved us from the blizzard of 2015, and again this past year,” Haddad explains. “In March, our parking lot had three or four feet of water, and it was about 18 inches deep around the building, but having everything high up meant we never lost power. We just couldn’t get to the building, physically, because of the flooding outside.” 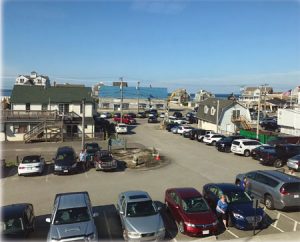 Dealing with the Aftermath

For others, power outages took their toll. Trish Devine, co-owner of Brant Rock Market, remembers the anxiety that came with the historic winds, snow, and high tides in March. Reporters from CNN and local news stations were camped out in front of the market for days. “We were closed for three days and lost about $30,000 worth of food and frozen meats because of the power outages,” Trish says. “A transformer in our parking lot caused a telephone pole to catch fire. It was scary.”At The Jetty, the Vaughans have cameras installed so they can monitor the power remotely from their home in Milton. “When the cameras go out, we know the power is out,” says Tracy. “We go in, between tides, to check on things, and move equipment as high as we can. But otherwise, we just wait and watch.”

Thankfully, as quickly as the storms of January and March wreaked havoc on the area, so did local residents jump in to help get things back up and running. In some cases, the help began even before the storms hit.

“You know what happens in the days leading up to a storm,” Trish chuckles. “Everyone wants bread and milk! People were calling me, offering to help stock shelves and unload delivery trucks.” And in the aftermath of the January storm, when she had no power at her own house and was camped out at a friend’s, Trish recalls people coming to the rescue as she and her staff scrambled to get the market open.

“Our customers came to the rescue,” she says. “All it took was a Facebook post, and we had five or six people here with their shop vacs helping with the cleanup. One man, who had just moved to the area and wasn’t familiar with the store yet, even came down to help. It was incredible. They all got Brant Rock Market gift cards from me the next week!”

Chuck remembers area residents helping to plow his parking lot. And at The Jetty, Tracey says the state of emergency declared by the Governor Baker made a big difference. She recalls the outpouring of support from local emergency services, including the Marshfield Department of Public Works. “The head of the Marshfield DPW was amazing, as well as local fire and police. They helped get the sand, rocks, and mud–which, in some places, was literally knee deep–cleared from our parking lot fast so we could welcome customers back within days of the storm.” 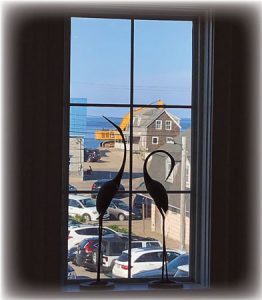 It was important to reopen for employees, too, Chuck notes. “Our staff rely on us for a paycheck. We worked hard to ensure everyone could get back to work as quickly as possible.”

Restaurateurs also went from being competitors to allies. “Local businesses were reaching out to one another to see how they could help each other,” Tracey recalls. “We all wanted to get things back to normal as quickly as possible.”

Depending on their location, and the extent of the impact, the area’s restaurants and markets all lost a few days-worth of business. For some, it was just two or three, others were closed for nearly a week. But once they were open and got the word out over social media and local radio, they became an oasis for area residents who were dealing with storm damage of their own.

“Once the flood waters went down, people who didn’t have power at home came here to get something to eat,” Chuck says. “We also became a glorified charging station, with phones and iPads plugged into every outlet.”

“We fed a lot of employees from the electricity companies, too, as they worked around the clock to restore power,” Chuck adds.

At The Jetty, it was about providing locals with the spot they often rely on for a friendly face and a familiar place. “We’ve been referred to as the ‘Cheers of Marshfield,’” says Tracey “Especially during the off-season, people know when they come here they’ll see someone they know. It was important for us to give that back to people as soon as we could.” 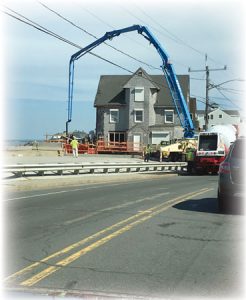 Fast forward to summer and business is booming all around Brant Rock. Locals are out in force supporting their beloved eateries, and visitors are eager to enjoy the good food and friendly atmosphere the Marshfield community has to offer.

“It’s great,” says Trish. “Customers are back in full force. We’ve upped our staff because of the increased business. I think a lot of people want to give us the business in an effort to help us rebound from the winter.”

So, did the arrival of summer snuff out the struggles from the past year? Or will next year be different? “Nothing changes,” Chuck says. “We’ve done everything we can to prepare for things like this and ensure we’re resilient. Once the water subsides, we’ll work to be the first one open, every time.”

“Right now, we’re going to enjoy the summer, and we’ll regroup in fall,” explains Tracey. “The new seawall helps. We’ll be paying even more attention and seeing how we can constantly improve and prevent damage. Each storm we learn something new.”

“I certainly have a new appreciation for summer,” Trish says with a laugh. “And I’m rethinking that generator I said we didn’t need eight years ago.”

A look back: BRANT ROCK MARSHFIELD AND HER SUMMER RESIDENTS by Paula Marcoux

Tatum McIsaac lives in Kingston. She loves the South Shore, even in the winter. She doesn’t have a generator.