A Food Web: Weaving Together Food Security for All 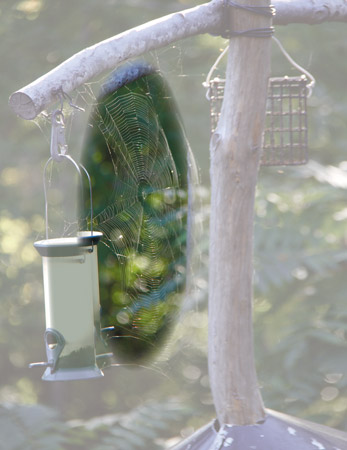 If the average consumer is disconnected from the origins of their food, that disconnect is even greater for those consumers who lack reliable access to food on a regular basis. Despite the renaissance of local agriculture, choosing local and seasonal food is still a privilege reserved for those who have the means.

The primary goal of those addressing food security is and always will be to make sure that those in need have access to three balanced meals a day. These efforts are apparent through organizations like food banks and soup kitchens, and government benefits such as SNAP (Supplemental Nutrition Assistance Program) and WIC (Women, Infants, and Children Nutrition Program). However, the needs and the resources extant in Southeastern Massachusetts also provide unique opportunities to do more than just give food to people.

A diverse coalition of local government offices, non-profits, and businesses dare to ask the question: can people in our region who are subject to food insecurity also get the best of what our local farms have to offer, and learn how to make the best use of it?

“Oh absolutely,” Ashley Brister responds emphatically when asked if her involvement with Mass in Motion helps fulfill the goals that got her into farming in the first place.

“I didn’t grow up on a farm, but I saw farming as a way to address issues, to involve the community in creating both environmental and social change, to address inequities in our food system and how food is distributed. I realized how integral food is to creating healthier, more vibrant, resilient communities and working with Mass in Motion is a great way for me to be a part of that,” Ashley explains.

Ashley is the owner-operator of Ashley’s Produce, a small farm business at Round the Bend Farm in Dartmouth. She sells through farmers’ markets and a CSA (Community-Supported Agriculture) program. In 2015, she was contacted by Susan Murray of Apponagansett Farm, also in Dartmouth, who was already working with Project Bread to bring CSA shares to local healthcare clinic patients, about a new effort to bring a subsidized CSA to New Bedford residents.

That effort was spearheaded by Mass in Motion (MIM), a state government agency supported by the Department of Public Health that promotes “healthy eating and active living throughout the city” of New Bedford. Food access is a key initiative of the agency, and food produced in our region has been central to these food access programs.

While a subsidized CSA is itself not a unique idea (see sidebar), what makes the MIM program stand out is its location at a Housing Authority site. A key deterrent to lower-income people joining CSAs is often transportation. Simply getting to a farm, such as Ashley’s Produce, is difficult on a limited budget or tight work schedule, and nearly impossible without a car of one’s own.

“This may be the only subsidized CSA in the state working directly with the Housing Authority to establish that connection,” says Stephanie Perks, the program coordinator for Mass in Motion New Bedford. Other opportunities to increase affordability and decrease barriers have helped to further grow access to fresh local produce for those in need.

“Massachusetts is the only state in the country to do an automatic SNAP payment,” says Kim Ferreira, director for Mass in Motion New Bedford. “That means that anyone on SNAP can buy their CSA through their card and it’s an automatic deduction.” SNAP is better known as food stamps and is the federal government’s primary vehicle for subsidizing food access.

“We’re used to this model where you pay hundreds of dollars for a CSA share at the beginning of the season,” says Kim. “That just doesn’t work for people on food stamps.” Thanks to a grant from the Harvard Pilgrim Healthcare Foundation and the new Healthy Incentives Program, which rewards SNAP participants for spending their benefits on local fruits and vegetables, those participants can pay for their CSA share on a monthly basis and also have all of those funds returned to their cards.

Kim and Stephanie say that this is huge for the 29% of New Bedford residents receiving assistance, but that it still does not fully tackle issues of access. Many of the program’s participants are first-generation immigrants, which means that much of the available produce could be unfamiliar. In addition, the realities of local agriculture mean that the produce may appear foreign or even damaged.

“For example, last year there were some tomatoes that were beautiful heirloom tomatoes but with cracks,” says Kim. “The residents were worried they were getting the bottom of the barrel, but the farmers knew they were giving them their best stuff.”

“We need to give farmers the opportunity to say, ‘Listen, these green peppers are usually bigger but the drought is affecting them,’” says Stephanie. “We need them [those receiving assistance] to know that they are still getting quality.”

This has transpired into farmer-led workshops at the Housing Authority site that allows the farmers to meet their customers, as well as show them what makes their produce special and how it can be used to make great food for their families.

“Some of the food they may not understand,” says Shaun Van Laarhoven, who works at Round the Bend Farm and has collaborated with Ashley to teach cooking classes for their CSA customers. “We want to show how it can be prepared and preserved. It’s hard because of limited space for cooking at the pickup site, but the kids seemed to appreciate it and it starts a lot of other conversation.”

Stephanie and Kim note that one of the most important realizations they’ve had is the need to listen to the community with which they work. “We’re becoming more aware of how critical it is for us to utilize our community partners, and that we invest in outreach workers that know the community, that speak the language, that are embedded in the community,” Kim explained. This outreach has helped them better coordinate with the farmers to direct their crop production planning and to determine where education is needed.

“It’s always a work in progress,” says Ashley. “There are plenty of challenges to this different approach,” from how funds are taken in, to distributing food in a way that accommodates her customers’ many access issues. “But the more farmstands and markets that accept SNAP benefits, I think it’s only going to help. There’s a lot more we can do,” Ashley explains.

“Food pantries are an important piece to addressing food security issues,” notes Stephanie, “but they’re here because the system is broken. We’re trying to find unique ways to address these issues while also building the economy and taking a sustainable approach.”

This mindset, that helping hungry people eat is about more than handing them food, has led to a web of other efforts in New Bedford and the South Coast. MIM took over management of the New Bedford Farmers’ Market in 2014, and last year launched an effort to map all of the fruit-bearing trees in the city and find residents who still have the knowledge of how to cultivate them.

Kim finds that much of her work comes down to two fundamental questions: “How can we change the mindset and culture so that we can prioritize the buying of high quality, local food? And, how can we help our local farmers promote themselves?” Increasingly, she and her colleagues find that the answers to these questions are the same, and have taken great strides to pool their resources and raise up and unify these often disparate parts of the South Coast. 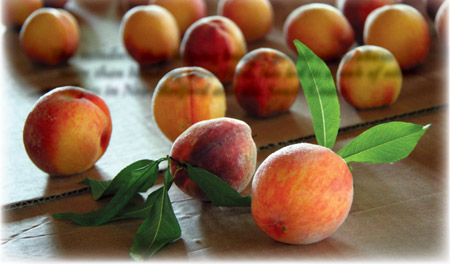 Subsidized CSA shares to low-income families in Dorchester and Roxbury. It is one of the largest subsidized CSA programs in the country, and has led the way in “farm-to-preschool” through the involvement of Head Start centers. The program runs from July to October, providing a weekly share. Each household pays one-third the cost of a share, with the remaining cost subsidized by grants, money raised by community partners, and contributions from market rate CSA members. Subsidized households are given the option to pay their share using EBT or SNAP benefits. Bilingual newsletters, recipes, food storage tips, and nutrition and cooking workshops are also provided.

MA residents receiving SNAP benefits can enroll for $40/month in a CSA share, reduced from the original $114; $40 of the cost comes from a rebate of the Health Incentives Program; remaining cost is subsidized through sustainable funding streams set up by New Entry. The Fair Share Program encourages CSA market price members to pay an addition $6.50/week toward purchasing a share for a low-income individual/family. Donations are tax-deductible up to donation amount of $130.

A partnership of Hoosac Harvest and farmers created Square Roots Farm in western MA, offering CSA shares to the public. Subsidized winter CSA shares began in 2014; in 2015 Square Roots started subsidizing summer shares as well. The subsidy is a no-interest loan at beginning of each season, up to 50% of which is forgiven. The remaining cost can be paid with SNAP dollars.

Partnership with Project Bread and Greater New Bedford Community Health Center. It is an 18 week CSA program for 20 members. Each share is worth $25/week. Subsidized participants pay $10/week with $5 coming from Apponagansett Farm, and the remaining $10 from grants and fundraising. Project Bread paid 80% of Farm Shares.

Jeff Hake is the farm manager at Eva’s Garden in Dartmouth, MA. Before that, he worked with beginning farmers in central Illinois, where he plans to return in January to start his own farm with his girlfriend.

Victoria Chase is Jeff’s student mentee at the Friedman School at Tufts and whose research for this article was invaluable.