Celebrating Local Ag and Culture at a Cheese Festival in Switzerland 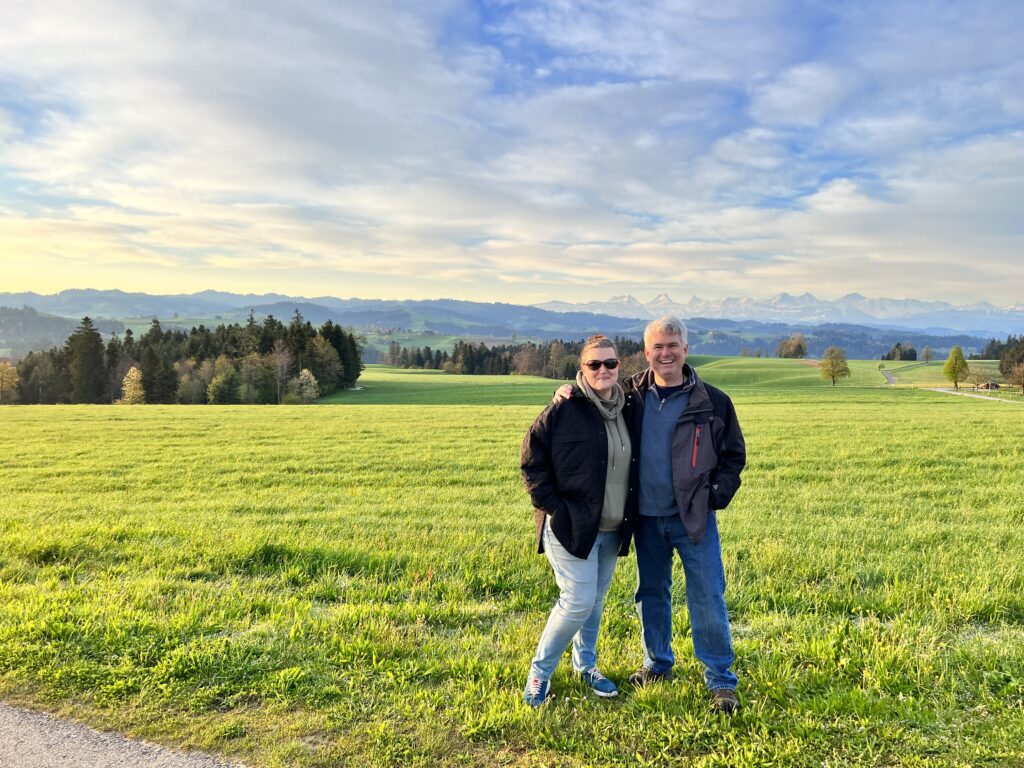 Photos and Words By Adam Centamore.

Locavore Abroad: A trip to Switzerland reaffirms the symbiotic relationship between agriculture and local cultures.

Tucked into the mountainous countryside of the Bernese Jura in northwestern Switzerland is Bellelay, a small hamlet that plays a big role in Swiss dairy culture. Tête de Moine AOP cheese has been made here for nearly 900 years and is one of the country’s favorites. I’m here with my sister to immerse myself in the creation and culture of this wonderful cheese, and what better place to start than at a festival?

Legend has it the monastery was founded when Siginand, prior of the abbey of the distant town of Moutier-Grandval, became lost in the area’s deep forest while hunting wild boar. He promised to build a monastery if he returned home safely. Emerging from the forest four days later, he kept his word. The abbey was built and given the name belle laie, “beautiful (female) wild boar.”

The abbey itself has stood since 1136. The original tenants, Premonstratensian monks, started making small cylinders of cheese in 1192 not only to feed themselves and sell for income, but also to cover the “cens,” a rental fee due each month. Soon after they started, their work caught the attention of local farmers who began following suit, establishing Fromage de Bellelay cheese as the core agricultural resource of the area.

Following the turmoil of the French Revolution, the monks were evicted from the monastery. Local farmers continued to produce cheese, and that’s when the cheese took on its permanent name meant to evoke the past, “monk’s head”—Tête de Moine.

Welcome to The Maison

The huge straw cow and bull sculptures were created by artist and sculptor Christian Burger.

The Maison takes center stage for the festival, flanked by huge straw cow and bull sculptures, created by artist and sculptor Christian Burger. More than three dozen kiosks have been set up, filled with regional producers and artisans. It’s only natural to wander from stall to stall, trying a jam or honey here, a sip of small-batch absinthe there. Of course, nearly every stall features cheese. I’m early for meeting my contact, and I need to do some “research” anyway, so I graze.

A little bit later my sister and I wander into the Maison itself. Once an annex for the resident monks, it’s now a museum with a functioning traditional cheese dairy and a cafe. Poking around, I hear my name called and turn around to greet my contact. I first met Thomas Frohlich through industry friends, and he’s been incredibly helpful with planning my visit. He drove nearly two hours from Zurich with his girlfriend, Joanna, to spend the day with me. Handshakes and hugs ensue, feeling a little unusual in the current COVID world. Any concerns quickly dissipate, and we begin chatting like we’re old friends. With a quick review of the day’s plans confirmed, the four of us are ready.

Clapping his hands and smiling broadly, he announces it’s time to check out the hot air balloon and take ‘er for a spin. A wave of panic hits me like a thunderclap. When it comes to extreme heights, I’m what they call a poulet du ciel, a “chicken of the sky.” I hide my fear, urgently trying to figure out a way I can feign a broken limb or some such to get out of this mess. 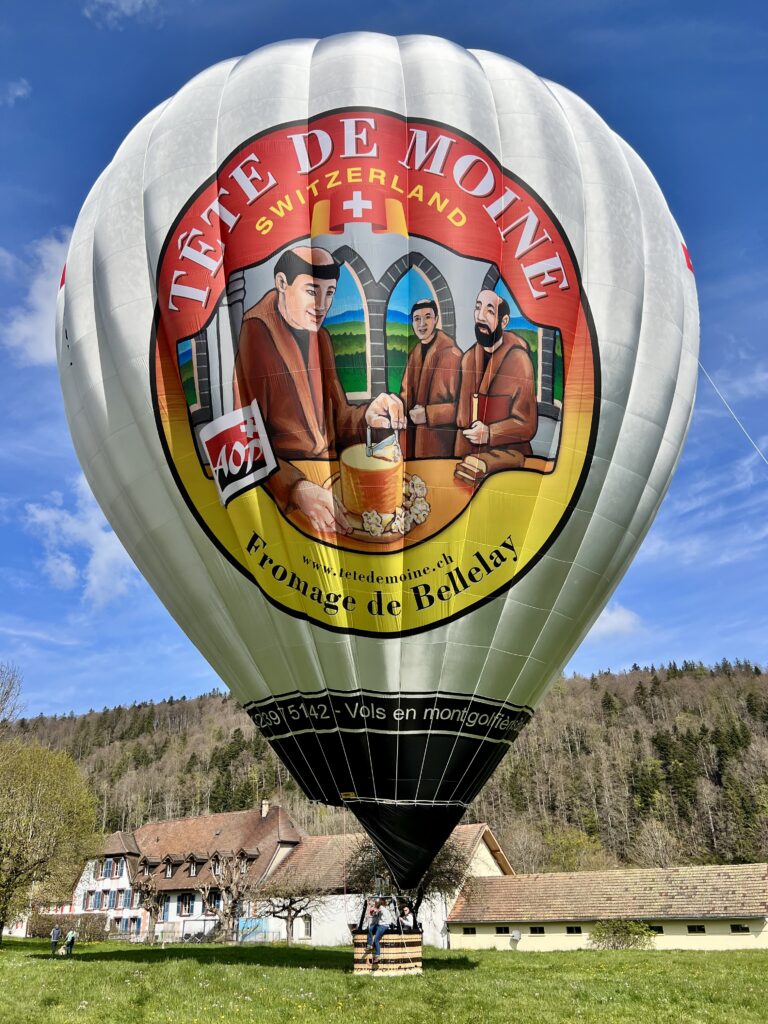 When it comes to extreme heights, I’m what they call a poulet du ciel, a “chicken of the sky.” I politely decline the Hot Air balloon (AKA The Murder Bag) ride.

We turn the corner of the buildings, and there it is, the balloon emblazoned with the Tete de Moine AOP logo on the side. The pilot flew it here to serve as a landmark for people coming to the festival, and to show off what he calls his “birthday present to himself.”

At his invitation, I join him and a few others in the suspended basket for a few minutes, trying to get a feel for this particular mode of transportation. Gigantic and elegant, I can only imagine how many lives it has probably taken. Granted, it may be serenely swaying in the light breeze now, but surely it’s only a matter of time before it strikes again. I consider maybe I’m being a bit dramatic, but probably not by much.

The pilot offers to take me up, boasting how we could be over a thousand feet up in minutes. I fervently, yet appreciatively, decline. A few moments (and gracious handshakes) later, I’m back on terra firma, having a hard time looking Thomas or my sister in the eye.

We walk around the festival a bit, talking about the region. Thomas is full of knowledge. We discuss cow breeds, cheesemaking techniques employed here, distribution tactics, and all sorts of geeky stuff. Breaking up this nerdy conversation are stops at various booths, where I’m introduced to dairy farmers and cheesemakers, each with their own special offerings. I’m only too happy to oblige in partaking. Some of this stuff I’ll probably never see again, and I appreciatively taste everything.

One of the farmers we’re visiting looks up and casually mentions we should get inside soon. Looking around the sky, I try to figure out why. “Look at the treetops,” he says. The tips are swaying, and not just a little. What feels like a gentle breeze on the ground is cause for concern 90 feet up. “Rain is coming, and soon,” he sighs.

As if to prove his point, clouds begin to accumulate. The vibrant blue sky is quickly becoming a dark gray slate. Vendors begin to make preparations for the impending downpour. Nothing is closing, but everyone pulls in their signs and display tables. The band stops playing, and people start heading for cover. The hot air balloon has already departed for better climes.

Minutes later the rain comes, and it is intense. Waves of water flood the dirt paths, spattering mud everywhere. It’s a mess. We run for cover. Inside the Maison, people huddle together, trying to make room. Despite the imposition, the inclement weather hasn’t dulled the celebration one bit. It’s just harder to get a beer or a cheese plate now.

We navigate the throngs of people to the tiny restaurant within the building. It’s really more like a few tables and a bar carved into the stone than a proper dining room. Miraculously, a table in the corner is available and we take it.

Shaking off the chilly rain, we order a bottle of white wine. Mouthwatering aromas of hot, melty cheese waft through the air, making it impossible not to order the region’s specialty, fondue.

A few minutes later the center of the table is cleared, making room for the cast iron frame that holds the Sterno can be used to keep the fondue warm. Then the star of the show arrives. A ceramic caquelon is set on the stand, already full of molten cheese, bubbling away. It’s a blend of Tête de Moine and two other regional cheeses, Le Gruyère and Vacherin Fribourgeois. A dash of nutmeg and a splash of wine round out the recipe.

The scents and sounds of lunch prove irresistible and we lunge, stabbing hunks of crouton and plunging them into the delicious lava. The jovial chit-chat of just a few minutes ago abates, replaced with an intense focus on eating. Halfway through lunch, a round of cherry brandy is brought to the table, a traditional way to help digest everything called the midi-boire, the “mid-drink.” A toast is made, the shots are drunk, and the eating resumes.

Shortly thereafter, the fondue is pretty much gone. All that’s left is the burnt crust at the bottom of the pot. Called La Religieuse, “the nun,” it’s actually the most delicious part of the whole thing, tasting like a burnt cheese cracker. It’s typically reserved for the guest of honor, and it’s offered to me. I can’t possibly keep this treasure all to myself, so we split it among us. 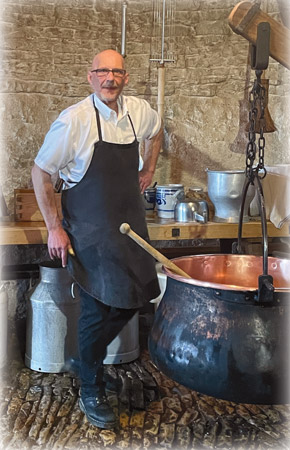 Vincent Jaquier has been the Tête de Moine head cheesemaker for 35 years.

Basking in the afterglow of a delicious meal, Thomas stands up. Draining the last sip of wine, he dabs the corner of his mouth with his napkin and says, “Ok, now let’s go meet the man who made the cheese.”

Vincent Jaquier has been the Tête de Moine head cheesemaker for 35 years. An older man with a warm smile and kind eyes behind thick-rimmed glasses, he’s responsible for making sure quality is maintained, especially in texture, consistency, and flavor.

We talk for a while about cheesemaking and the challenges facing Swiss cheesemakers in the area today. By pure chance, Olivier Isler is nearby. He’s the managing director of the Swiss AOP, an organization that defines and protects Switzerland’s agricultural heritage for the entire country. Thomas darts off and returns with Mr. Isler. Between my hackneyed regional French, his English, and a lifesaving, semi-qualified translator, we have a wonderful conversation. We even manage to make a few videos for our social media outlets together.

After our meeting, it’s back to touring stalls, meeting people, and sampling. Later that afternoon, we find ourselves back in the tiny restaurant cut into the stone. This time, it’s conversation over a few Swiss beers. No fondue. Recapping the eventful afternoon, I ask Thomas if there’s anything, in particular, I need to remember from this experience. “In Switzerland, we have a saying,” he confides, “today’s milk is tomorrow’s cheese.” The implication? Switzerland’s proud agricultural history is vibrant, setting up success for the future. After spending the day at the Fête de la Tête de Moine, I see the beautiful relationship between agriculture and local culture more clearly than ever.

Adam Centamore is a culinary educator on the South Shore. When he’s not “researching” wine and cheese, he travels to cheesy destinations, avoiding hot air balloons like the plague. He can be reached at www.eatdrinklearn.com. 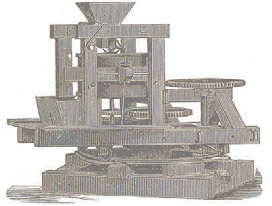 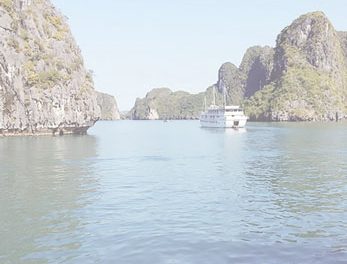