Equally Organoleptic: Keepers of the Fresh

A Marion pair puts a revolutionary food-packaging product to the test.

Leave it to two Marion antique dealers to understand the value of the conditions under which an item lasts the longest. And leave it to them, as well, to proactively examine the boundaries and benefits of those conditions.

Conditions are exactly what makes the Italian food packaging technology company, Ovtene, such a remarkable success. Launched in Italy in 2008, the packaging was introduced to the United States’ market in 2016 by husband-and-wife team Salvatore Giglia and Sharon Jorgensen, in partnership with Ovtene’s CEO, Alberto Tomasini. Approved by the FDA, Ovtene is a paper wrap that keeps fresh food fresher longer. Unlike Ziploc bags, Tupperware, and the like, which work primarily by keeping air out, Ovtene lets the food breathe.

And what better place to launch such a product than Marion, Massachusetts? In the thick of the South Coast, Marion is located down the street from a fishing industry mecca (here’s looking at you, New Bedford!), and conveniently located in a region long committed to local agriculture. With expedient access to a vast array of fresh food, Marion was an easy yet strategic choice for Salvatore and Sharon.

“Consider the egg,” says Salvatore. “A chicken lays an egg and sometimes the egg can lay there for a long time and be okay. It’s because of the shell.” An eggshell allows for air and moisture to pass through while keeping out harmful bacteria. Made primarily of calcium carbonate, 11 proprietary minerals, and HDPE (High-density polyethylene, one of the safest plastics on the planet), Ovtene reproduces the egg’s conditions, or “microclimate.”

“It’s why our logo is a little chick,” Sharon endearingly says. She is chiefly responsible for marketing and sales and notes that European retailers have been making good use of Ovtene for years, and dozens of Whole Foods Markets and cheese shops in the United States now carry the product. While it has been available to the local public at shops such as Fieldstone Farm Market in Marion and Farm & Coast Market in Dartmouth, Ovtene’s online shop is also another option. “Customers can purchase the product as sheets or bags,” Sharon continues. “Either will keep food equally organoleptic.” She laughs.

Yes, organoleptic. When we check food for freshness and quality, we check its sight, smell, texture, and taste (if we get that far). What we’re doing is checking the food’s organoleptic qualities: what the food communicates to us via our senses.

“I just love that word,” says Sharon. And how could she not? Nearly every food she’s wrapped or bagged in Ovtene has kept its organoleptic quality. It was first made exclusively for meats and cheeses. However, a loaf of artisan bread maintains its crust and softness well over a week. Half of a fresh grapefruit keeps fresh for four days. “Avocados do not last long,” Sharon laments. “Eight days,” cuts in Salvatore. “In Ovtene!” finishes Sharon.

The range of foods compatible with Ovtene is endless. Baked goods, produce, meats, cheeses, and fish all thrive within it, as do cut flowers.

And, this nature-inspired food packaging is kind in return—in more ways than just in the refrigerator, where it’s recommended the food be stored. It is 100 percent recyclable, and no water is used in its manufacturing.

For all that can be said about Ovtene’s merits, it’s the utilization of the packaging that not only showcases an unparalleled preserving prowess but also endorses the product as worthy of the same endurance it engenders.

“Ovtene is the most innovative food packaging on the market in the world,” declares Sharon. “Nothing at this point can match the cost benefit, the sustainability, or the foodprint it leaves on this planet.”

Marek Kulig lives in South Dartmouth, and right now he’s probably in the kitchen standing over roast beef, sourdough bread, horseradish, just enough red onions so that no one will know he ate any, and whatever microgreens are on hand. 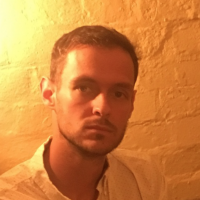