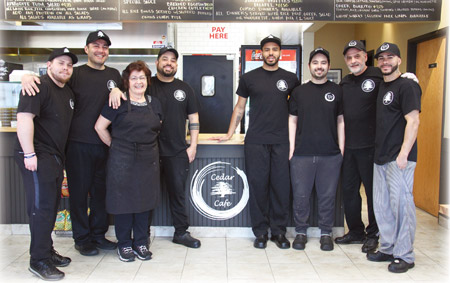 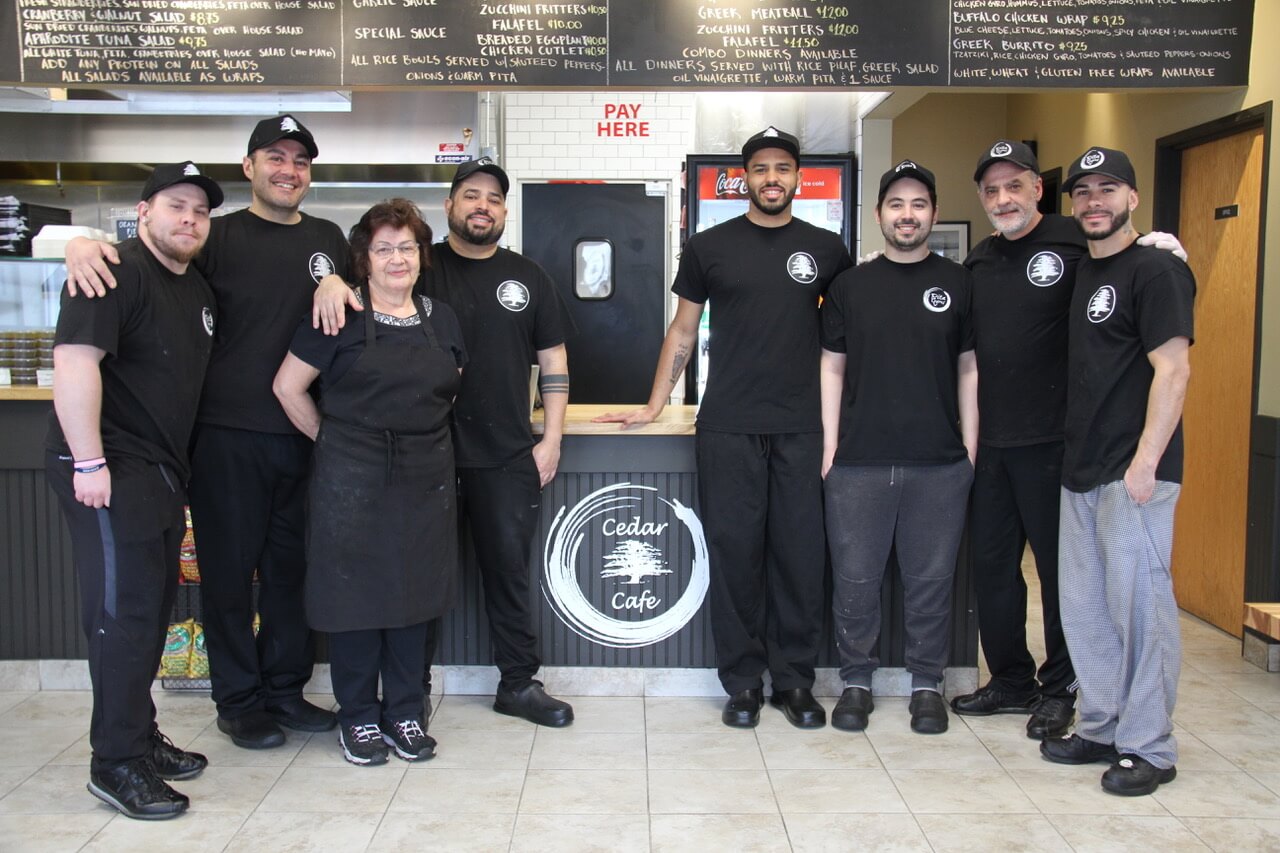 When local diners learned Hanover’s Merchant’s Row would be redeveloped, many worried that Cedar Cafe would close permanently. Owner Stellios Karastamatis had other plans. He opened a new restaurant, Pita Gyros, in April 2017 and when Merchant’s Row closed that December, his new eatery was already up and running.

After 14 years with Cedar Cafe, Stellios wanted to do things a little differently. The kitchen at Cedar was too small for the vertical rotisseries that are so common in Greece. Stellios had always wanted to add them, and opening a new restaurant was the perfect opportunity. He spent a month in Greece, where he worked in a restaurant and learned how to prepare, stack, and roast the meat. 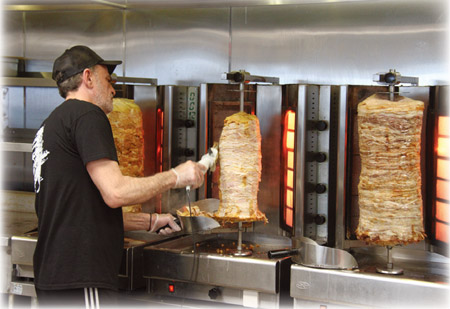 Pita Gyros began by offering sandwiches, salads, and rice bowls. When Cedar Cafe closed, its most popular items were added to the menu, including the grape leaves, spinach pie, stuffed peppers, and chicken lemon rice soup. As time went on, more items from Cedar Cafe’s menu were added, some as specials offered on the same day each week. In March of this year, Stellios decided to change the restaurant’s name back to Cedar Cafe to help former customers who didn’t know about Pita Gyros find them.

Stellios’ top priority is to serve fresh food. Everything is prepared from scratch, and he carefully selects the freshest ingredients for the restaurant, where all orders are made to order.

Salads are popular, and the strawberry salad is a customer favorite, with feta cheese, fresh strawberries, and sun-dried cranberries over a house salad. Another favorite is the Authentic Pita, which is filled with pork gyro meat, tzatziki, tomatoes, onions, French fries, and special sauce. Customers also love the chicken kebabs, which can be ordered as a dinner with rice, a warm pita, and a Greek salad or are featured in the Chicken Souvlaki Pita.

Stellios suggests people try a new addition to the menu: zucchini fritters. They’re in the Santorini Pita and can be added to rice bowls and dinners, or enjoyed on their own as a side.

Lauren Diggin is a South Shore-based writer and aspiring locavore. She thoroughly enjoys visiting these four Mediterranean restaurants and hopes to visit the actual Mediterranean one day. 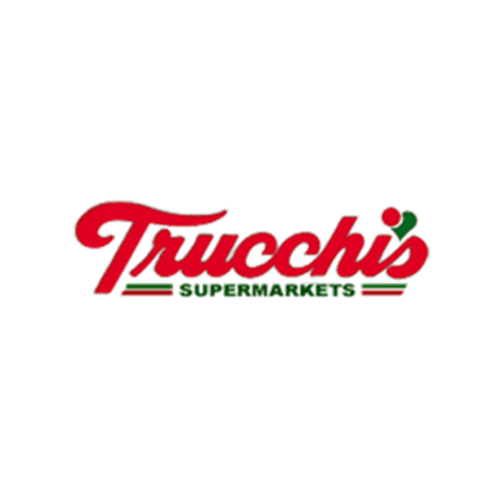