Derek Anderson and Paul Nixon are local brewers and entrepreneurs crafting their delicious concoctions in Plymouth. Derek runs Speedwell Coffee, while Paul brews beer at his Independent Fermentations Brewery (IndieFerm). We thought it’d be fun to have a Q&A with them to see what these two brewers have in common (besides tasty local products). 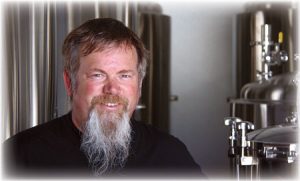 Q: Compare a day in the life of the old you, tied to the ball and chain of “work,” to the world of self-employment on the fringe.

Paul: I was bored out of my mind sitting at my desk all day, with the occasional pointless meeting the only hope for variety. It was time to move on. It certainly is nice making my own schedule and not waking up to an alarm clock anymore. Self-employment is much more stressful but more rewarding.

Derek: I certainly have many more responsibilities now than I ever did working for someone else, but I think I’m much better now at managing my time and getting the most out of my day. I think the biggest difference is now, no matter how hard any day may seem, I still love the challenge and the grind of figuring it out. 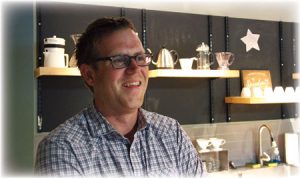 Q: What was the scariest thing about leaving a regular job, and how quickly did those fears leave you once you jumped?

Paul: It was tough leaving a steady paycheck and benefits including paid vacation. It would have been scarier if my partner, Rose, didn’t have a secure, good paying job. I cashed out most of my retirement savings; we took an equity loan on our house to build the new brewery. The brewery is now my retirement plan, so it has to work out.

Derek: I was fortunate in that I was just married and had a very supportive wife, did not yet have children, and had relatively little debt and overhead. It really was a perfect timing for me to make the jump into the coffee industry.

Q: What was the biggest mistake you made on this journey that made you laugh? (Maybe after it was resolved it seemed funny?)

Paul: It is pretty easy to accidentally spray oneself with beer working in a brewery. Usually, it makes me laugh. I think I am going to need a little more time in the business to see my mistakes and then laugh about them.

Derek: I’ve done some pretty stupid stuff with electrical and plumbing before I really knew what I was doing, setting up coffee brewers and espresso machines. I fried a few control boards, shorted a few outlets, but fortunately, I didn’t burn down any buildings or get anyone hurt.

Paul: Are some people becoming more thoughtful in their food and beverage choices? Yes. That is why there are now more breweries in the United States than at any other time, and the makers of relatively taste-free beer are steadily losing their dominance. We’ve found that edible South Shore & South Coast is a great resource for those that “get it” and hopefully helps more people figure out that food and drink can be more than just commodities.

Derek: The average coffee consumer has absolutely become smarter and more educated. One of the biggest changes in the industry since I started has been transparency. In many cases, we can connect our customers directly back to the farm where the coffee we roast was grown and the family that owns that farm. Coffee drinkers want to know where and by whom it was grown, when it was harvested, how it was stored and transported, and how and when it was roasted. It’s not just a cup of coffee any more, and I’m grateful for that!

Q: Where has your brewing taken you? Any special destinations or trips?

Paul: We got a call from the U.S. Ambassador to Iceland. He is from Cambridge and wanted to serve our Honey Tripel as his house beer when entertaining guests at the Embassy. We designed and printed special labels for the Embassy and sent the beer. Then he told us he wanted to host an international beer tasting at the Embassy residence in Iceland. Rose and I had wanted to go to Iceland for a long time, so we took this opportunity and presented our beer. We hobnobbed with the Prime Minister, the Foreign Minister, the ambassadors of several countries, and business moguls from around the world. We felt a little out of place in such company, but beer is a great equalizer.

Derek: This past April, I traveled to Guatemala to visit several coffee farms, and to make green coffee buying decisions for the season. I’ve also had the opportunity to travel to South Korea twice, where we purchase coffee roasting equipment that we sell to home users.

Paul: Gose is a German-style (Leipzig) that features a distinct mineral taste from the local groundwater where the style originated. It tastes slightly salty. Our groundwater in Plymouth, thankfully, does not have that flavor. So, we did a test batch of Gose using the juice of oysters to give it the saltiness typical of the style. We had a small party with friends and shucked about 300 local oysters. We poured the oyster juice into a container and the guests enjoyed the rest. The juice successfully made the beer salty, but it was only a 6 gallon test batch. I like to keep it simple and let beer taste like beer, not some added ingredient.

Q: Coffee is used in some beer. Can we get you guys to collaborate on a “beer coffee”?

Paul: I would love to. I once had a delicious coffee IPA in Colorado, but I have no idea how they made it.

Derek: Sure! We are definitely up for a coffee and beer collaboration. I’ve had some tasty coffee porters, but I’m sure Paul has some good ideas.

Paul: How about a coffee brewed with unfermented beer instead of water? I think adding beer components [pre-fermentation] to coffee might be more fertile ground for innovation than adding coffee to beer. No oysters.

Derek: Can I ask, what the heck is a “session beer”? I see this referenced and marketed a lot lately and thanks for answering one more question.

Paul: It means a beer that is brewed to have a relatively low alcohol content, usually 4.5% or less. The name is meant to imply it is a beer that you could enjoy several of during a drinking “session” at the pub or with friends and still function reasonably well.

Visit Paul / Visit Derek to create your own “session” of brew tasting and touring:

Mike Gioscia left full-time Boston radio in 2000 for the fringe worlds of writing, filmmaking, and music. That change enabled him to also get married, raise kids, move to the country, get some chickens, and act as Vice President of The Soule Homestead in Middleboro.

Note: This is an edited version of the full-length Q&A available in the print edition.