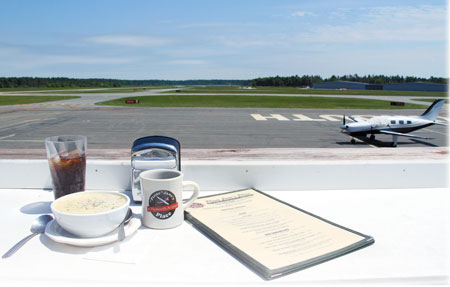 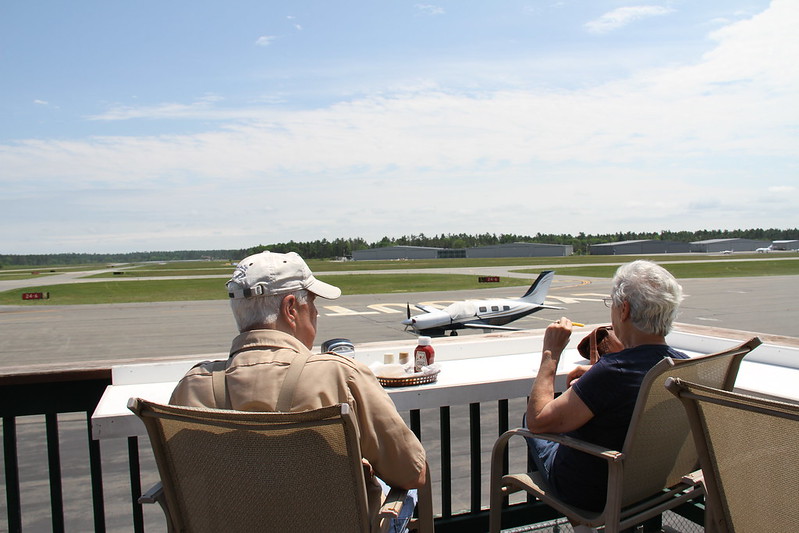 Even if you’ve lived in the Plymouth area your entire life, it may never have occurred to you to visit the Plymouth Airport. Jane Grennell, owner of Plane Jane’s Place and lifelong Plymouth resident, can attest to this: as a kid, she never went there. So she was surprised and a bit skeptical when 22 years ago, a close friend and pilot told her that the snack bar on the second floor of the main building at Gate 2 was up for bid. He thought Jane should put in a proposal as she had a long history of working with food, from working in grocery stores to catering for doctor’s offices downtown to running the kitchen at Kmart in Plymouth. Although Jane was nervous, she also was excited about running her own restaurant and put in a bid. Plane Jane’s Place opened in July of 1996.

By 2007, the one-room snack bar had grown into a full restaurant, complete with a bird’s eye view of the runway from the sunny second-floor deck. At the same time, Jane’s son Brett closed Plane Jane’s Pizza, located in Carver, and brought the pizza operation over to the airport. Eventually, ice cream replaced pizza on the menu, and Jane and Brett began to introduce new dishes alongside the tried-and-true customer favorites. The Bi-Plane–two eggs, two pancakes or French toast, two sausage patties, two pieces of bacon, home fries, and toast–is one of Plane Jane’s signature breakfast dishes, and large enough to be split with the kids or among friends (although most teenagers have no problem cleaning the plate by themselves).

Jane’s daughter Renee raises chickens in Carver and supplies most of the eggs to the restaurant, as well as some vegetables during the warmer months. Fresh, local haddock is delivered every Friday and consistently sells out; Jane loves to make haddock chowder whenever there’s a surplus. The made-from-scratch soups are always a big hit, especially Brett’s lobster bisque (this writer has consumed a lot of lobster bisque; Plane Jane’s version is the best she’s ever had by a long shot).

There’s another ingredient that sets Plane Jane’s Place apart from other breakfast and lunch spots in Plymouth: family. Brett has worked alongside Jane in almost every job she’s had, and Jane loves having him in the kitchen. Renee worked in the restaurant for years and still helps out occasionally. When Jane is away in Florida for a few months during the winter, Brett and his wife, Stephanie, run the restaurant. Some of Plane Jane’s staff have been with Jane for years and are considered to be as much family as her children.

Jane attributes much of her restaurant’s success to its consistent delivery of good food, cleanliness, and a friendly, welcoming atmosphere. “When you have a small business and people are working hard to supply the community with a good product, that’s all you can really ask. There’s nothing better than a return customer; word of mouth is key,” Jane said. “I don’t mind working hard, and my family works hard. Give us a try, and spread the word.” Whether you’re a pilot, a tourist, or a local looking for a new place for breakfast or lunch, take Jane’s advice and take a trip to Plymouth Airport. One meal and a visit with Jane and her staff –and watching the planes land and take off right in front of you–and you’ll be planning your next visit even before you pay the bill.

Kate Strassel is a writer and editor from East Bridgewater. As the copy editor for eSS&SC, she is among the first to know about up-and-coming restaurants; her greatest joy, however, is the discovery of existing “hidden gems” in our area. 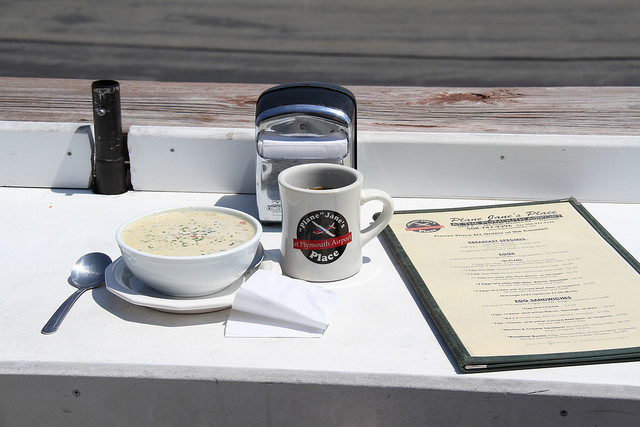