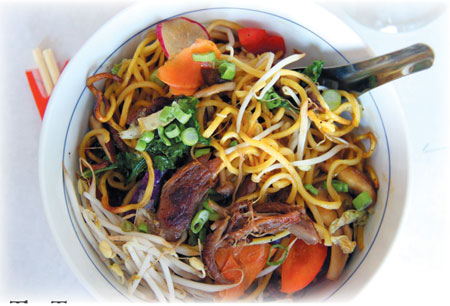 When Mike Peters opened The Tasty, he was new to a kitchen centered on a farm-to-table philosophy. Luckily, his chef had existing relationships with several local farms. And, after tasting the difference locally sourced food made in the restaurant’s offerings, Mike quickly became a convert. As he points outs, “There is a big-time difference in quality. It lasts longer, looks better, and tastes better. When they pick it and bring it to you, that’s pretty special.” 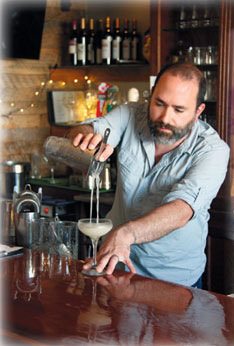 As with most farm-to-table restaurants, the menu at The Tasty changes frequently based on what produce is available. As Mike notes, “People like that they can come in week-to-week and get different meals, something new and delicious.” Highlights include the weekly noodle night which features dishes such as ramen and pho, and classics with a twist like duck confit with bok choy and cranberry compote or kale and quinoa salad studded with radishes, pea and sunflower shoots, green tea almonds and a cranberry kombucha vinaigrette. The Tasty sources its local products from some area favorites: Brown Boar Farm (meat); Sweet & Salty Farm (cheese); Queen Bee Honey; and Plato’s Harvest, Web of Life, Skinny Dip, Hillside Mushroom, and Fresh Meadows Farms (produce).