photo and words by Jessica Bradley. 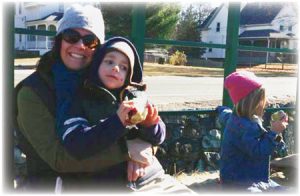 Since 2010, when the O’Dwyer family began farming the 80-acre North Easton property, I have been a fan of Langwater Farm. From that first season, their organic vegetables, fruit, and flowers have been some of the most stunning I have seen. Walking into their farm stand is an assault on your senses in the best possible way—green, red, orange, and purple; sweet, savory, pungent, and tangy—the colors and scents mingle, kick-starting your imagination. I love it! And always leave inspired.

My children have visited Langwater Farm with me since they were infants, they love choosing new and interesting foods to take home and sample. And when my son, Ben, expressed an interest in “taking his friends to a farm”, it was Kate O’Dwyer at Langwater Farm I called. Would they be interested in giving a lively, engaged, curious group of children a real, hands-on farm experience? Lucky us—they were!

And so it came to be on a bright, very cold, early winter’s day that Ben and I were joined by a group of his best pals for an exceptional adventure at Langwater Farm. As we gathered in front of the farm stand that morning, the children immediately began to explore the old stone walls surrounding the property. It was as if the gears of their minds were instantly sparked into action. Something about the gigantic old trees, the open fields, and rolling hills appealed to them on a very basic, instinctual level. They knew this was a place to explore, a place to let curiosity reign.

As our transportation arrived—a tractor-pulled, hay-bale lined, wagon—the kids were rearing to go. We met Farmer Liz, our guide for the morning, and piled on board. Farmer Liz established an instant rapport with the children and parents alike. She was warm and welcoming with a twinkle in her eye, we knew we were in for an adventure! As we began our trek to our first destination, the children chatted away, pointing out soaring birds and trees they imagined were dinosaurs. We pulled up to our stop, the kids spilled off the wagon into seemingly bare fields. Farmer Liz explained to us that our activity would be harvesting kale. She demonstrated how to tell if the kale had passed due to frost, or if it was still good for eating. She taught us that kale is part of the Brassica family, along with broccoli, and Brussels sprouts. She encouraged the children to walk through the fields, to taste, and to pick a bunch to bring home. Invigorated by the cold and a new experience, we were now ready to move on to the next stop of our farm adventure.

Piling back onto the wagon the children pleaded to know—where are we going next? Before she revealed our destination, Farmer Liz enticed the children with a snack—a delicious farm fresh apple. “Save the core,” she said, and promised a special surprise to come. After passing through a tunnel of old, tall trees, and into a clearing, we came to a stop in front of a huge pile of leaves, grass, and rotting veggies. Before Farmer Liz could tell us what we were looking at, Ben piped up, “is that your compost pile?” (Ben’s favorite garden activity at home is to stir the compost with his dad. He especially loves when they find a snake in the heap!) All the adults had a good chuckle and Farmer Liz told us, that yes, we were, in fact, looking at Langwater’s compost pile. She taught us why compost is good for the earth, and how it benefits the farm by enhancing and fortifying the soil, as well as what materials are compostable. Then the special surprise—the kids took turns throwing their apple cores straight into that huge compost pile. They were so happy to contribute to the farm in their own small, but significant way.

Traveling to our next stop, the children chatted and asked questions—What’s that covered building?” (a greenhouse), “Do you grow watermelon?” (yes, but not in the winter), “Can I work here with you?” (sure, when you’re a little older)—their minds were ablaze and going a mile a minute. When we stopped in front of a small patch of brown corn stalks, the kids were sure they knew what was coming, “Corn on the cob!” they all exclaimed. Well, kind of. . . Liz passed around dried out, hard, brown ears of corn, and told us we were now in possession of our very own ear of popcorn. What fun! The children were taking home a piece of the farm to share that would serve as a bridge from our farm adventure to their family’s kitchen. The popcorn would have been the perfect ending to our adventure with Farmer Liz, but she had one final surprise for us—a rockin’ farm song! After some initial shyness, the kids had a blast, bellowing the song from their hay bale stage. Sung to the tune of “Head, Shoulders, Knees and Toes”:

It was awesome, and the fabulous performance brought our adventure with Farmer Liz to an end. As the tractor brought us back through the fields towards the farm stand, the fresh chilly air, the smell of earth, and the beautiful smiles and bright eyes of children who have had a glorious time, was truly a sight. It couldn’t have been a better morning—for all of us.

Our time with Liz might have come to an end, but our adventure wasn’t quite over as she left us with an activity. For the next hour, the children created their very own bird feeders and nourished their bellies with yogurt, grapes, and homemade granola. When it was finally time to leave, we did so reluctantly, but with fond memories and new wisdom on curly kale, compost, and popcorn!

When looking for new adventures for my children, I am always amazed at the farming community’s generosity, and sincere willingness to educate. Whether my kids and I are casually asking questions at a farm stand, or as part of a larger group tour, we’ve always been met with nothing but enthusiasm. Get out there and meet your local farmers! Ask questions and encourage your children to do the same. Cultivate those relationships, it’s amazing what you can learn and how enjoyable it can be. 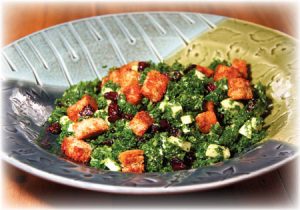 Jessica Bradley is a stay at home mom of two curious, green-thumbed children. Besides her family, her greatest loves are the smell of ocean air, cooking from her husband’s garden, and encouraging her kids’ excitement about food. Jessica can also be found hosting local cooking show What’s Cooking in Lakeville.